Anyway, here we are, the final week before launch. I’ve spent more time in the simulator and even got the chance to get behind the stick of an F18 simulator at the end of last week which was great fun. I managed to shoot down eight enemy planes…unfortunately, landing is still a problem…

I also got to have a look at my launch vehicle!

Most of this week however has been spent in quarantine. Apparently astronauts can get sick in space as microgravity appears to weaken the immune system. Standard NASA practice is for Astronauts to undergo a physical exam 10 days before launch to make sure they’re not already infected and then go into quarantine about seven days before launch. 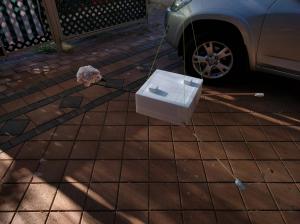 In the pilot seat…a little more exposed than I was expecting!

It’s very boring, but I have a good selection of books and some of my favourite movies to watch like 2001: A Space Odyssey, episodes of Star Trek and of course the full Star Wars saga! Lord Quokka suggested Alien but I’m not trusting him again after that Apollo 13 fiasco!

I have another medical check today and then a final pre-flight check right before launch.

It’s hard to believe that after all this time, all the planning and training we’re almost ready. I hope to see you all on Saturday for the launch. I’m really excited…and more than a little nervous…

What was Lord Quokka thinking, recommending a film like Apollo 13?

It was a horror story of everything that could go wrong in a space mission. Yes they got back safe and sound in the end, but oh my lord!

After watching that, I’m wasn’t entirely sure I wanted to go anymore. Fortunately, I have now seen the vehicle and it is a lot less…complicated…than an Apollo capsule.

No, I will be going up using a High Altitude Balloon. This will take me up to anywhere between 25 and 38 kilometres. To put that into perspective, the highest flying commercial aircraft don’t go higher than 15 kilometres, so bare minimum, I will be 10 000m above them, even the USAF’s High Altitude Reconnaissance Aircraft, the Lockheed U2 only flies up to 21 kilometres. In fact, most likely, the only people higher than me will be the three astronauts in the International Space Station.

At that height I will be operating in what is known as ‘Black Space’ and able to see the curvature of the earth and even Transient Luminous Events (AKA Ionospheric Lightning or Blue Jet Phenomena). I’ve even heard that there are ELVES up there!

I’ve also heard that a special song to commemorate my flight has been recorded! I stopped in at the studio after training yesterday to have a listen. It was pretty amazing, I especially liked the line “Greatest of Monotremes“! Take that Platypus…think you’re so great with your swimming and poison sting…

I also did a photo shoot for the press today. Apparently they needed a human as well, but I was able to invite some of my friends to participate. I think the results were pretty good!

Exciting times, I got to try on my helmet for the first time today. Not sure about it

Trying on my helmet…it’s a bit tight!

though,there really isn’t any room for my snout.

I also had to start doing some High-G training. Apparently a “G” represents the normal force of gravity a body is subjected to here on earth. During space launches of flying jet fighters, the amount of “G-Force” the body is subjected to can cause something called G-Induced Loss of Consciousness or G-LoC. Obviously, losing consciousness is not something you want to do when at the controls of a spacecraft!

In order to train for this, one spends time in a something called a Centrifuge.These devices spin out around at high speeds in order to help you build up your tolerance for the G-Forces. Normally, they look something like this one here:

Now, that looked pretty scary, but I figured I could handle it, and the machine looked pretty sturdy and it was built by professionals with decades of experience.

Unfortunately this is what I was subjected to:

It was possibly one of the most unpleasant experiences of my life! All those extra termites were not a good idea! Neil Armstrong, Buzz Aldrin or Andy Thomas were never suck in a bag and spun around over someone’s head!

I have decided to take my mind of the whole experience by watching that Tom Hank’s movie Lord Quokka suggested Apollo 13. Apparently it’s about one of the moon missions in the 1970s. I won’t be going that far, but I’m sure I will learn a thing or two from it.

Sorry it’s been a while since I updated my space mission diary, but there have been a few snags. Apparently Civic Park can’t be used as a launch site due to it being in a major flight path for the Adelaide Airport.

While Mission Chief David Brooks entered negotiation and searched for a new launch site, I decided to go on a journey of self-discovery down Route 66 in the United States. You can check out some of my photos on the library Facebook and Instagram pages.

Since the green light was given, I have been hard at work training. Space travel can be

quite traumatic, particularly the launch and the landing. Space Adaption Syndrome or Space Motion Sickness as it is more commonly known is a real problem and can be triggered just by a subtle change in gravity! Some of the symptoms include drowsiness, headaches and nausea. Apparently three out of four astronauts experience Space Motion Sickness.

Another danger is loss of muscle mass and bone density due to exposure to a ‘weightless’ environment. Without the effects of gravity, astronauts put almost no weight on the muscles in their spine and legs to maintain posture. To counter this, I am working out every day and eating a high protein diet. I’m not sure if eating all those extra termites is actually going to help, but it is a sacrifice I am willing to make!

Apparently there are dangers from exposure to radiation as well, the levels in low orbit are 10 times what we receive down here on Terra Firma and could cause all kinds of damage to the body…but I’ve seen the Fantastic Four movies, maybe I’ll get superpowers!

I’ve also been spending a lot of time in the simulator practicing take-off, flight and landing. I still don’t know exactly what vehicle I will be piloting, so I am covering all of the basics, from an Apollo mission Saturn V to the Russian Soyuz series to the Space Shuttle. Take off is pretty easy, as is controlled flight in the upper atmosphere and orbit, but landing is proving to be a bit…bumpy…

I’m going to take some time off this weekend and watch a movie to relax. My friend Lord Quakka has suggested Apollo 13…

I have been selected as one of four candidates to be the first echidna in space!

After my initial excitement subsided, I decided I had better head down to the library to do some research on aeronautics, space craft and the like. 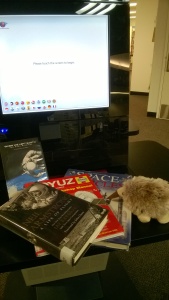 Checking out some study material

It’s best to be prepared after all.

I selected a DVD on the history of space flight, an encyclopaedia of space craft, a Soyuz capsule service manual and a biography of Neil Armstrong for inspiration.
I wonder what sort of spacecraft I will have the chance at flying? I wish it was the Millennium Falcon! Maybe I could break that 12 parsec record…

Hopefully I will find out more next week when I report for basic training.

Now I’m the first to admit that I’m a pretty well-travelled echidna. Just in the last year, I have been to France, Italy, Ireland, New Zealand and Japan. My next travel adventure however, is going to be something special! 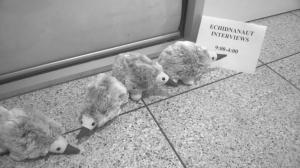 Some of the hopefuls, waiting for their interview.

Now I have to admit I was pretty nervous going in to the interview and there were quite a few other hopeful echidna competing against me.

The key to any interview is to project an air of confidence, even if you don’t actually feel it. 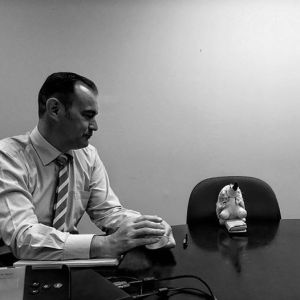 David Brooks and I in the interview room

I did have one advantage in that I had worked with David Brooks (the man conducting the interviews) on several projects in the past.

This helped calm my nerves a lot!

I took my time and thought carefully about my answers, making special effort not to ‘geek out’ over the idea of going into space, but also convey a sense of enthusiasm about the project.

I think I did well, hopefully I will hear something in the next few days.