The folks at Lit Reactor have come up with their top ten best opening lines of novels over on their website.  Some are expected, such as Mitchell’s Gone with the Wind, Austen’s Pride and Prejudice and Stephen King’s The Gunslinger (the first line of which appears on many a T-shirt), but others came as a bit of a surprise. Tolkein’s The Hobbit came in at 5 with “In a hole in the ground there lived a hobbit” and Ray Bradbury’s famous Sci-fi story Farenheit 451, which incidentally is required reading in any Library related university course, was the runner up!

Dickens  failed to make the cut with “It was the best of times it was the worst of times” and surely Doug Adams’ “Far out in the uncharted backwaters of the unfashionable end of the western spiral arm of the Galaxy lies a small, unregarded yellow sun” should have had a mention?

However, JK Rowling’s 7 book epic starting with: “Mr and Mrs Dursley, of number four Privet Drive, were proud to say that they were perfectly normal, thank you very much”  is probably rightfully left off.

J K Rowling, best selling creator of the Harry Potter phenomenon completed her manuscript of ‘Harry Potter and the  Philosopher’s Stone‘ on an old mechanical typewriter.  Her manuscript was rejected by twelve publishers before the relatively small publishing house Bloomsbury took it on, at the behest of the young daughter of the chairman. JK Rowling (Joanne Kathleen, although the Kathleen is not her real middle name, but her grandmother’s name) first conceived the Harry Potter story on a train in 1990, typing it up over the next five years and finally having it published in 1997. Five months later it won the Nestle Smarties Book Prize, an award she won for three years consecutively for the first three Harry Potter books. Over the next 10 years, Rowling completed her planned seven Harry Potter Books, the fourth book smashing world sales records, with each following book beating it’s predecessor in first day sales.

JK Rowling is also known for her ‘rags-to-riches’ story, as she was a mature-age student surviving on welfare whilst studying to be a registered teacher in Scotland when she wrote Philosophers Stone. Ten years later she was the twelfth richest woman in Britain.

These holidays the Library is holding  Harry Potter at Hogwarts activities on July 10th, experimenting with potions and makign a potions textbook! For more information on the School Holiday program click here. 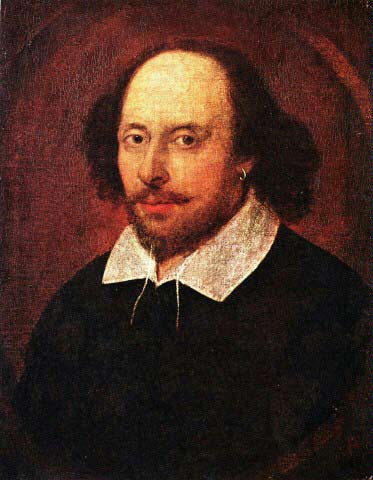 Continuing to answer the library trivia questions, I was also asked what is the most famous book or author in history.
Defining the most famous book in history has got to be an impossible task, as it is totally subjective. Is the most famous book the biggest bestseller? The one that most people have read? The one that had the most impact on society?
I can hardly discuss them all in a blog post but if we narrow it down to the most widely published and highest selling book ever, the Bible takes first place. Over 4 billion copies have been printed since the invention of the printing press (and incidentally it was the first book printed on a press) in more than a thousand different languages.
If this is the case would the authors of the Bible be the most famous? Actually no, the most widely read author in history is of course  William Shakespeare, but if we’re talking within the last fifteen years, J.K. Rowling of Harry Potter fame takes the prize.
However, I’m sure if we were to say within the last year, Stephenie Meyer would have to be at the top!