Girl with a guitar

Some of our readers may remember watching Franci Chamings on the  Adelaide show for children called Young 7.   Young 7 screened at 9am on ADS Channel 7 in the mornings during the 1970s.

In the edition dated 17 November 1971, the North East Leader, a Messenger Newspaper reported on a local girl from Dernancourt who had been singing on Adelaide television. As stated in the article, Franci performed on the children’s program The Super Duper Flying Fun Show and The Tonight Show hosted by radio identity and former footballer Barry Ion.

After gaining a following on a children’s television show, Singer/songwriter Franci also performed live on stage such as at her Family with Franci Chamings concert in 1975.

Franci did go on to make recordings. She recorded the 45rpm single For You (B side: Why) with Pussycat Records, Australia. 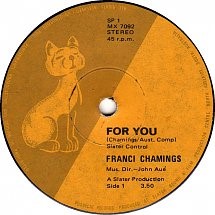 In 1976 she made the vinyl LP album for young children entitled Favourite Nursery Rhymes and Actions Songs at Slater Sound in Adelaide. The album featured a collection of traditional children’s rhymes. Maybe you have it in your childhood record collection!  http://www.45cat.com/record/nc168385au 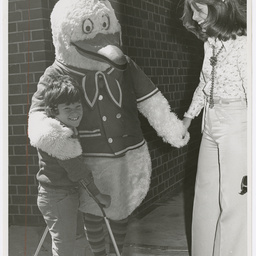 Sammy the Seagull also appeared on Young 7.  He is pictured here with young Gavin Swindler and Suzanne Fox at Christies Beach.  Photograph B 70869/14138.  https://collections.slsa.sa.gov.au/resource/B+70869/1413