In the weeks before Christmas, we seem to inundated with sweet treats like mince pies, cake and chocolates.  We look forward to a splendid meal on Christmas Day, whether that be of turkey, seasoned chicken and ham, or seafood such as prawns, accompanied by an array of salads or vegetables.  This monumental meal is usually followed by desserts such as pavlova and Christmas pudding.  Many of us are fortunate enough to be able to purchase and enjoy a wide range of delicacies.

It seems that tastes have changed.  The curious world of Christmas, celebrating all that is weird, wonderful and festive by Niall Edworthy, gives us an insight into the not so delicious fare which was on offer in times past. 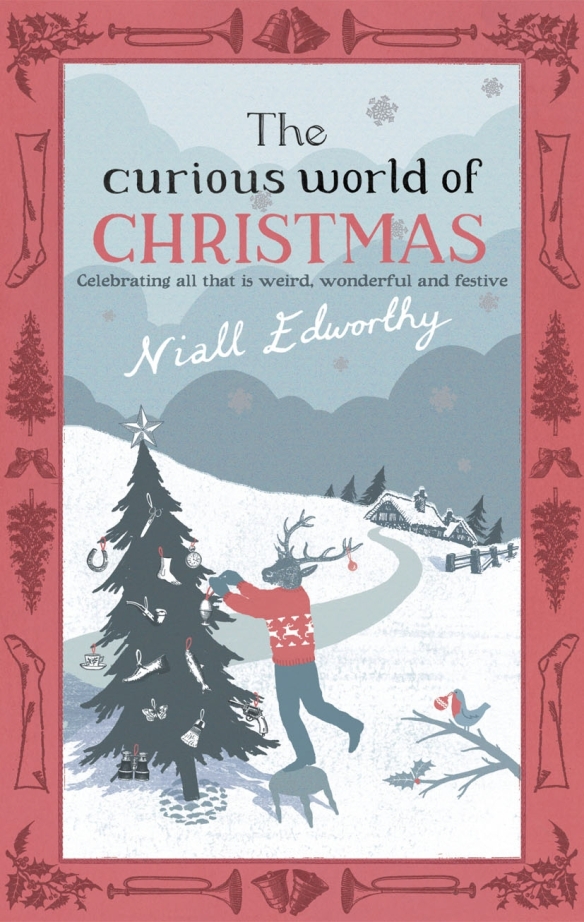 In the Middle Ages, roast peacock meat was served with great pomp and ceremony in the castles and manor houses of the nobility.  Peacock meat was tough and dry but the idea of presenting an exotic, colourful Indian bird to guests must have appealed to the rich of this era.  Sometimes the peacock was made into a huge pie.  Its feathered head with a gilded beak would protrude from one end of the pastry with its tail sticking out of the other end of the crust.  As peacock meat was unappetising, cooks would sometimes substitute chicken or goose meat for the pie filling and attach the head and tail feathers of the peacock.  An awful end for such a beautiful bird!

Wealthy people in the Middle Ages would enjoy eating a range of foods over the twelve days of Christmas.  Geese were basted in butter and saffron, which is still the most expensive spice in the world.  Cooks stuffed lemons into the mouths of whole pigs or wild boars.  Sometimes only the boar’s head would be presented on a large serving dish, as a festive symbol.  A medieval Christmas ‘pudding’ was a great treat but the principal ingredients were cracked wheat boiled in animal stock, mixed with egg yolks and threads of saffron.  The mixture was left to set before serving as an accompaniment to roast meats.  As time went by, people replaced the costly saffron with other sweeter spices like cinnamon and nutmeg and added dried fruit to the recipe, such as currents.

So what did the ordinary people, the peasants, eat at Christmas?  Certainly not roast meat.  The average person worked hard every day for their local lord, usually farming his lands or labouring at a trade that benefited the estate.  A peasant would not get to eat a lot of meat, unless they poached an animal off a noble’s estate, a serious offence for which they could be harshly punished.  Peasants ate mostly dark, coarse rye bread and stew.  The stew, known as pottage, was usually made up of onions, peas and beans that people grew in their gardens.  If you lived near the sea or a river, you could catch some fish.  If peasants kept chickens or livestock they would have eggs and milk.  However, you could not afford to kill your animals for meat.  In the Middle Ages it was considered a privilege to eat meat, whereas dairy products and vegetables were viewed as foods suitable for peasants.

Sometimes the rich landowners would give the innards of their venison to their tenants who would make them into pies.  The offal was called ‘umbles’, from which the expression “to eat humble pie” is derived.  Unfortunately for the tenants, Christmas Day was one of four days each year on which they had to pay their lords rent for the hovels in which they lived.

Christmas.  It’s jolly nice cold on the 26th as well.”

You can reserve The curious world of Christmas, celebrating all that is weird, wonderful

and festive by Niall Edworthy online or enquire at the Library.  Discover many more

interesting traditions and quirky facts about Christmas.  And enjoy your modern