Australian author and actress Judy Nunn is about to release her latest novel Maralinga in November and will be touring country South Australian libraries promoting it as part of a Big Book Club tour. A story involving an officer’s career, a harsh landscape, the heartbreak of the local people and love  with a British journalist, Nunn spins a tale incorporating fact with fiction into what will no doubt become another bestseller.

Nunn grew up in Perth on the banks of the Swan River, an avid junior sailboater and horse rider, her childhood experiences her finding their way into her last release, Floodtide. Judy Nunn has made a remarkable career from both acting on stage and screen at home in Australia and in the UK as well as becoming a respected and established author. Probably best know for her roles on ‘The Box’ and ‘Home and Away‘ Judy Nunn has now semi-retired from acting to concentrate on her writing. Including Maralinga, she has published ten adult fiction novels and two children’s books. Head over to the Big Book Club website for details of her November tour. 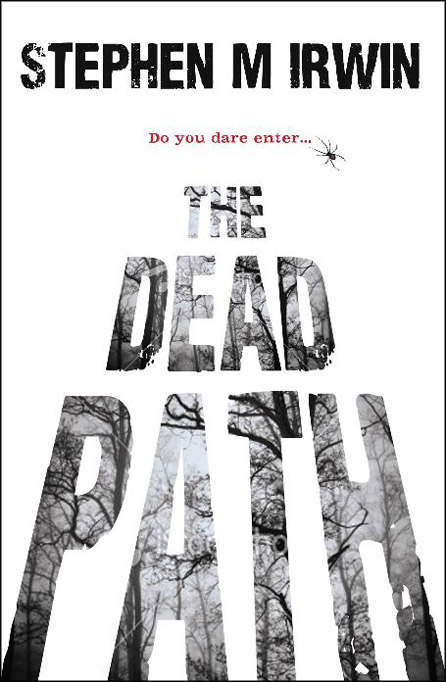 We haven’t hosted a Big Book Club author for some time, so next week we will be visited by new author Stephen M Irwin! Irwin recently published The Dead Path, a contemporary thriller/ horror, that has been likened to Stephen King’s Bag of Bones. The protagonist returns to his childhood stomping ground to discover events have occurred that are reminiscent of terrible events from his past and he faces a ‘cunning ancient foe.’ Irwin is also an established television writer and film maker, and will chat about his life, work and writing at this event. Morning tea will be provided and Angus and Robertson will have a table there so you can buy a copy of the book and get Stephen to sign it. Check the website for more details.

The Advertiser Big Book Club author talk was filled to capacity with fans of the Jedi and Sith listening as Sean discussed his experiences, his writing and his lifelong affinity with Star Wars. He spoke about how he was inspired to write science fiction books by his love of Star Wars and how that passion came full circle when he was invited to write for the hugely popular Star Wars expanded universe.

The Force Unleashed is Sean’s fourth foray into the Star Wars universe, following the exploits of Darth Vader’s secret apprentice as he continues his Master’s work eradicating the Jedi from the galaxy. The Force Unleashed is based on the hugely popular video game of the same name, providing further back-story into the events during the ‘dark times’ that occurred between the films; Revenge of the Sith and A New Hope.

Game designer Kim Forrest and producer Dave Knott from Krome studios were on hand to discuss the video game industry and how much hard work and passion is required to create a successful game. They provided a demo of the game whilst they fielded questions from people of all walks of life regarding the game, the book, and making a career in the gaming industry.

The South Australian Fan Force were also in attendance, dazzling the audience with their costumes and providing plenty of photo opportunities for Star Wars fans, young and old! 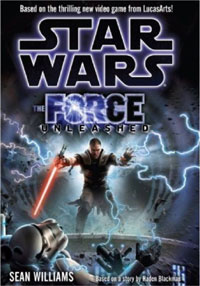 Australian author Sean Williams will be visiting the library on Monday 22 September from 6:30 to 8pm, to celebrate the release of his latest book set in the massively popular Star Wars universe, The Force Unleashed!

The events in The Force Unleashed are set between the films, Revenge of the Sith and A New Hope focussing on the rise of Darth Vader, and the extermination of remaining Jedi in the galaxy! The book coincides with the launch of the video game of the same name, and game designer Kim Forrest will also be on hand to talk about his Star Wars experience.

A collection of Star Wars props and memorabilia will be on display in the days leading up to the event and look out for some of your favourite characters appearing in costume on the night!

Our friends from Borders will be selling copies of The Force Unleashed and other Sean Williams titles so you can have Sean sign them for you.

Cheese, wine and supper will be supplied at this all ages event. Bookings are essential so please telephone the library on 8397 7333 or simply book when you next visit. 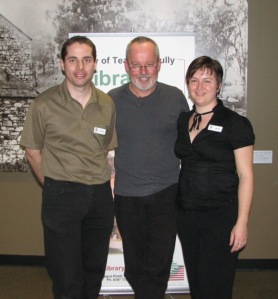 For his final appearance as ambassador for the national Books Alive campaign, Michael Robotham appeared at the City of Tea Tree Gully Library entertaining a near capacity crowd.
Michael’s anecdotal style was in full swing as he regaled the audience with amusing tales of his exploits as a rookie journalist on the streets of London, adventures with his

eccentric and reckless photographer, ghost-writing for the likes of Geri Halliwell and Rolf Harris, his inspiration and the personal trials he faces when writing psychological thrillers. Michael described how involved he becomes with the characters he creates, to the point of becoming so emotionally attached, that he fears for their futures whilst he writes.

Michael is somewhat unique with his writing, often he has no plan for a story and is just as amazed as the reader is with what his characters effect. Michael writes in the first person and in the present tense, a holdover he says from his journalistic and ghost-writing past. Michael then went on to discuss the different expectations of publishers around the world and how they require revisions and alterations to suit the publishers perceived expectations of their clientele and the battles authors may face to keep the integrity of their work.

Michael is very passionate about his role as ambassador for the Books Alive! campaign, speaking about how finding the correct book for a lapsed or reluctant reader can be a pivotal moment in that person’s life, encouraging them to experience the myriad of fantastic work available.

Following Michael’s presentation, a selection of Angove’s wines was on hand to complement the cheese and cracker platters that were enjoyed by all.