Did you buy a house in Golden Grove during the 1980s or 1990s? The Leader Messenger featured an article about the milestone sale of a house and land package in the new development of Golden Grove, on page 3 of the issue dated 9 January 1987. The Delphin Property Group Ltd had started selling land in October 1985. People were buying blocks of land ‘off the plan’ and it was time to celebrate the Richter family’s move up to Golden Grove.

The origin of the suburb of Golden Grove is unusual. This is because the State Government and private enterprise worked together, adopting a fully planned approach to its development. The process began when the South Australian Land Commission began acquiring land for prospective housing in 1973. In 1983 Lend Lease/Delphin won the contract to build on the land and construction began in 1985.

Delphin launched a major marketing campaign to sell land in Golden Grove, encompassing advertising on television, radio, in newspapers and on billboards. There were even local newspaper style publications distributed to letterboxes of Adelaide residents, such as the Golden Grove Update and Everything you ever wanted to know about Golden Grove. When the Richter family purchased their house and land pack in the early stages of the Golden Grove development, Delphin used the slogan “Room to move”. The campaign was so successful that Delphin sold over 200 allotments during the first week of construction. 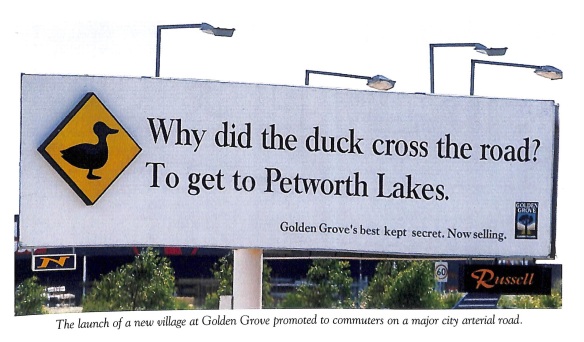 Photo taken from:  Golden Grove, the Creation of a Special Place, A highly successful new community for 30,000 people, Delphin.

Golden Grove was innovative for the 1980s as it offered a range of housing options with a choice of allotment sizes. People who could not afford to buy a large, traditionally sized block of land could build a courtyard or villa home. This was also an option for older people who wanted to ‘downsize’ and purchase a smaller home with a low maintenance garden. People were attracted by the proposed extensive planting of trees and shrubs, landscaped streets, provision of open space (27% of land was set aside for this purpose) and the network of hiking and walking trails. 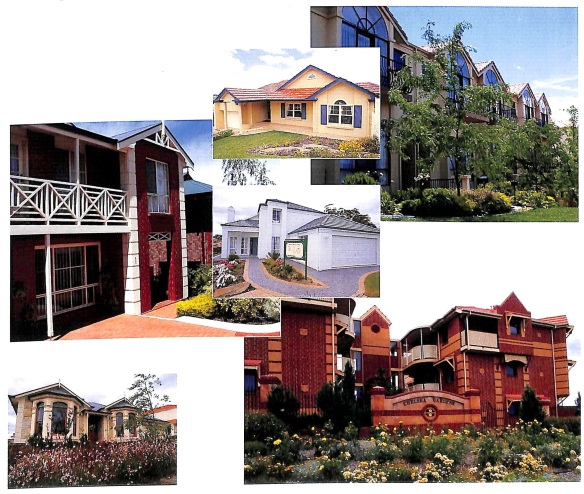 A variety of housing styles proved attractive to first home owners, families and retirees in the Golden Grove development. Photo taken from Golden Grove, the Creation of a Special Place, A highly successful new community for 30,000 people, Delphin.

Advertising focused on the concept of building a new community made up of a series of garden villages surrounding a central nucleus, where residents could access a variety of services. When constructed, the Golden Grove Village shopping centre would be an impressive retail facility. In conjunction with the Golden Grove Recreation & Arts Centre it would also have a community focus. People could meet and get together in the ‘Town Centre’. A transport hub was planned to link commuters with neighbouring suburbs, Tea Tree Plaza and Adelaide City. 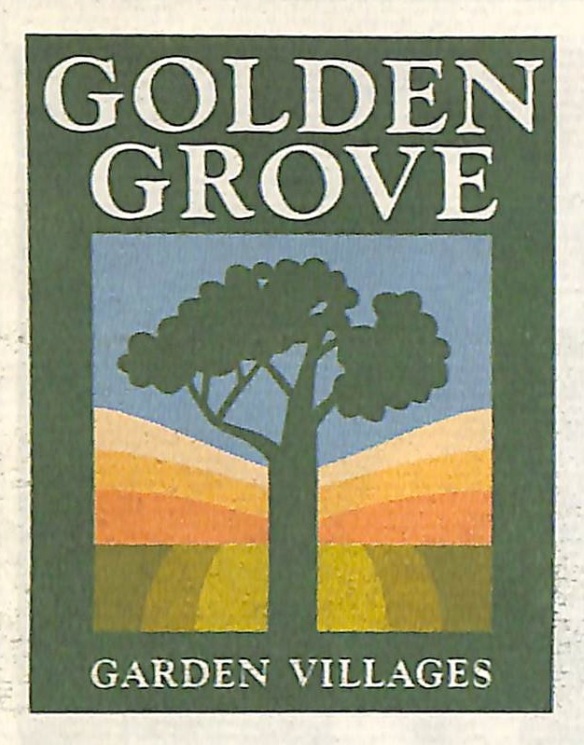 The population of Golden Grove has grown substantially since the time of the Messenger article. The last vacant block of land in Golden Grove was sold in 2002. The 2016 Census recorded 10,235 people living in Golden Grove and there were 4095 private dwellings in the suburb with an average of 2.6 people per household. Of course, people who moved into the new housing estates and still live there have got older too. The median age of residents is now 42. There are now 2955 families living in Golden Grove – with the average number of children per family recorded as 1.6 (http://www.censusdata.abs.gov.au/census_services/getproduct/census/2016/quickstat/SSC40511?opendocument).

The Golden Grove housing estate copies the name of the original small postal village of Golden Grove. However, there was never officially a township named Golden Grove. Local people called the settlement Golden Grove because it had been established in the vicinity of the Golden Grove Farm which was owned by Captain Adam Robertson.

Captain Adam Robertson accompanied by his wife Elizabeth and his son and daughter had emmigrated from Britain in 1853. In 1842 Captain Robertson purchased a section of land from the South Australian Company on one of the headwaters of Cobbler’s Creek. By 1853 he owned nearly 1000 acres of land and he had built Golden Grove House for his family. We are told from his wife’s obituary in the Advertiser in 1888 that Captain Robertson named his property Golden Grove after the last ship that he commanded. 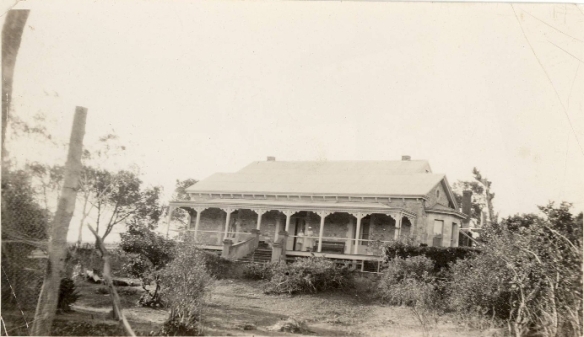 Captain Robertson did not approve of people referring to the country surrounding his property as Golden Grove. However Robertson had donated 4000m2 of his land for the construction of a local school in 1853 and he allowed it to be named Golden Grove Area School. In 1959, the Postmaster General designated the local general store and post office as the Golden Grove Post Office. So there was not a lot that the Captain could object to (Ian Auhl, Settlement to City, A History of the District of Tea Tree Gully 1836-1976, 1976-1993).

After Captain Robertson died at the age of 59 in 1864, his son John inherited the Golden Grove property. John continued to farm the land but he also grew grapevines. John is known for having served as a councillor and in the position of Chairman on the Tea Tree Gully Council and as a President of the Royal Agricultural and Horticultural Society. Golden Grove remained in the family until it was sold to Mr and Mrs A.J. Strachan in 1930. In 1972 Boral bought the majority of the estate for sand mining.