Exciting times, I got to try on my helmet for the first time today. Not sure about it 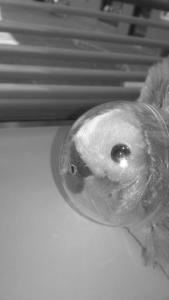 Trying on my helmet…it’s a bit tight!

though,there really isn’t any room for my snout.

I also had to start doing some High-G training. Apparently a “G” represents the normal force of gravity a body is subjected to here on earth. During space launches of flying jet fighters, the amount of “G-Force” the body is subjected to can cause something called G-Induced Loss of Consciousness or G-LoC. Obviously, losing consciousness is not something you want to do when at the controls of a spacecraft!

In order to train for this, one spends time in a something called a Centrifuge.These devices spin out around at high speeds in order to help you build up your tolerance for the G-Forces. Normally, they look something like this one here:

Now, that looked pretty scary, but I figured I could handle it, and the machine looked pretty sturdy and it was built by professionals with decades of experience.

Unfortunately this is what I was subjected to:

It was possibly one of the most unpleasant experiences of my life! All those extra termites were not a good idea! Neil Armstrong, Buzz Aldrin or Andy Thomas were never suck in a bag and spun around over someone’s head!

I have decided to take my mind of the whole experience by watching that Tom Hank’s movie Lord Quokka suggested Apollo 13. Apparently it’s about one of the moon missions in the 1970s. I won’t be going that far, but I’m sure I will learn a thing or two from it.