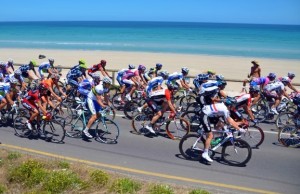 The Tour website has all of the details, including who’s competing when and where each stage is held and other entertainment at those venues.

If you’re feeling inspired to take up cycling, or maybe fix up your bike that’s been languishing in the shed, the library has a large collection of general cycling, and bicycle maintenance & repair books.

If you’re more of a spectator, we also have a range of resources on racing professionally on the world stage, as well as featuring famous and infamous cycling celebrities!