Have you ever gotten sick and tired of the same old vampire stories? Ever since Twilight became viral, it seems as though all there ever is in the teenage book section is vampire-based stories. It can be very tiring trying to sort out which of these books are worth reading, and a lot of them tend to be similar in some form or shape. 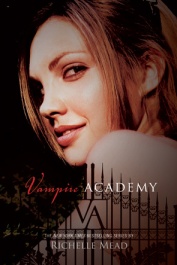 Vampire Academy, a novel by Richelle Mead, is another one of these teenage vampire novels but unlike the rest of them, Vampire Academy sheds a whole new light onto vampires. Don’t let the name fool you; from the first minute that I started reading I was hooked, and had the book finished in about a day. The story was fresh – there was a new way of showing vampires by having living vampires known as Moroi. The Moroi grow old and die unlike the general stereotype of vampires, and can control the elements that surround us: earth, water, fire and air. They don’t kill to survive, and live in peace with one another and the human world.

Strigoi on the other hand, the Moroi’s most deadly enemy, are very much like the cliché vampires you see on television. Red eyes, pale skin, they can’t go out in the sun, and yeah, they would kill you in an instant. These Strigoi are determined to wipe all Moroi off the face of the planet, but luckily for the Moroi they have the Dhampirs to protect them. Dhampirs are the offspring of vampires and humans, and the novel is narrated by one of them – a sassy, fierce warrior named Rose Hathaway. 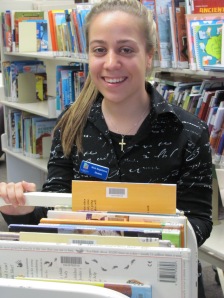 Rose has spent her whole life protecting her Moroi best friend Lissa Dragomir, and being hauled back to the Academy isn’t going to stop her. She’s determined to be Lissa’s Guardian, but along with her new Russian instructor Dimitri, Rose has many obstacles in her way before she can officially protect anyone.