It can be quite conflicting to see a film adaptation of one of your favourite books. Some are spot-on – everything you imagined while reading the book is brought to life, with perfect visuals and casting. Other times it can be hard for a director to adapt a book into a movie without eliminating some parts, which can make you feel like you’re missing out on certain aspects that you may have been looking forward to! 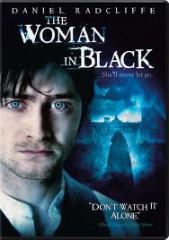 Here are some recent and upcoming films based on books. Which ones are you keen to see?

The Woman in Black – This unsettling 1983 horror novel by Susan Hill has been adapted into a film starring Harry Potter actor Daniel Radcliffe.

What to Expect When You’re Expecting – Sharing its name with a non-fiction parenting book originally released in 1984, the film was released in May and follows five couples on their way to having children. Non-fiction books aren’t often adapted into romantic comedies, but this also happened with the 2009 film He’s Just Not That Into You – originally a dating advice book.

The Lucky One – Nicholas Sparks has been responsible for writing many heart-wrenching novels that later became films – think A Walk to Remember, The Notebook and Dear John. The Lucky One is based on the book of the same name. 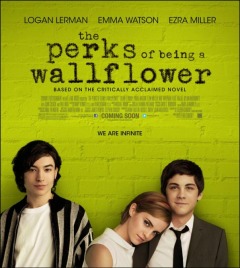 The Perks of Being a Wallflower – The timeless coming-of-age novel is finally hitting the big screen, and it’s directed by the novel’s author, Stephen Chbosky.

Check out our previous blog posts on book-to-film adaptations to find out more.