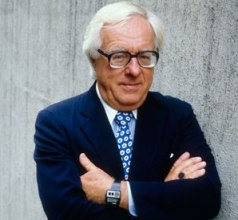 It’s been a bad year for the passing of authors, another literary great, Ray Bradbury died on Tuesday.

Bradbury was born August 22, 1920, and much of his early years were spent in the Carnegie Library in Illinois reading classic authors such as Verne, Poe, and Burroughs. He starting writing during this time, but states that meeting carnival performer ‘Mr Electrico‘  in 1932 changed him somehow and that he has written everyday since that encounter.

In 1938 he started publishing sci-fi stories in a variety of fanzines, publishing many collections of short stories in magazines during the 1940’s. His first major breakthrough and still possibly his most famous, was the Dystopian story, Farenheit 451 published, originally in Playboy magazine, but then as a novel in 1953. This story features a future where books are illegal, with ‘firemen’ tasked to destroy the written word. This title is required reading in most literary and librarian university courses. He went on to publish 27 novels and dozens of collections, essays  and contributions.

Bradbury died at the age of 91 from a lengthy illness.