This year is the 100th anniversary of the sinking of RMS Titanic, a passenger liner that sank after hitting an iceberg. 1,513 people were killed in this tragedy on April 15, 1912.  The Titanic was the largest ship afloat at the time of her maiden voyage and she was proclaimed to be unsinkable. 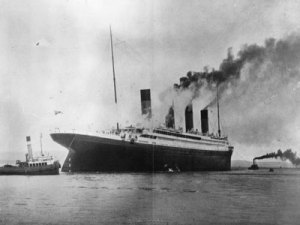 If you’d like to know more about the sinking of the RMS Titanic, you might want to borrow one of our many books about the event. Click here to see the titles on our catalogue.