Needing a break from the radio during my daily drive to and from work, and feeling like I didn’t have much time to read at home, I borrowed a book on CD to listen to in the car.  I was worried at first that it would distract me from the road, but that doesn’t seem to have been a problem. I was also initally curious to see if having one actor reading the whole story, accents, voices and all, would be off putting or add to the story.

The first story I listened to I found to be frustratingly slow, as the actor read the story aloud much slower than I would have read the words on the page. But after a while I learned to enjoy the storytelling, and have gained appreciation for the skill of the actors in differentiating the characters’ voices, and keeping their accents consistent. 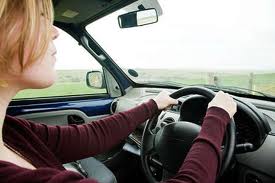 In the last few months I have made my way through several spoken word editions of light and fluffy ‘chick lit’ including Monica McInerney’s Spin the Bottle, and Carole Matthew’s The Sweetest Taboo , and even Barack Obama’s Dreams from my Father (autobiography).

It’s been a great way to catch up on my ‘reading’, and I even look forward to driving to work on a Monday morning! But I have been in real danger of turning up at work with tears in my eyes after listening to a particularly emotional chapter. 🙂