Hi, I’m Alan. I’m new to the library staff and after starting work in the Library late last year, I have been eagerly sampling our PC games collection.
Who would have thought a public library would have such a good range of enjoyable games on offer?
So far I have  borrowed; Blazing Angels 2, The Sims 3, Lego Batman and Pure; an over-the-top ATV racer. 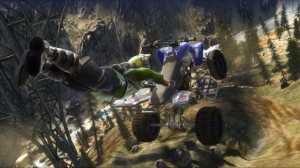 As we all know, libraries are great for books, and they are becoming increasingly good for DVDs. Wouldn’t it be great if more libraries had extensive video game collections as well?
The games I mentioned are just titles that caught my eye, there are many more on offer!
Be sure you gamers come and check it out for yourself =)