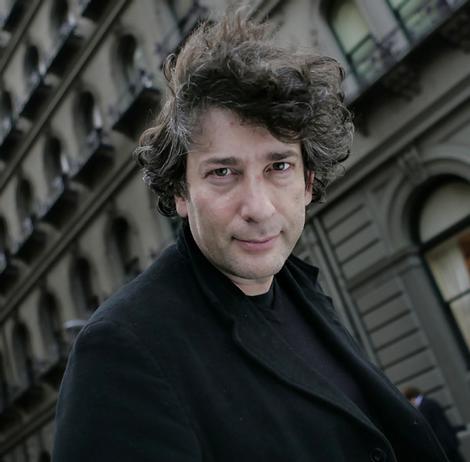 Would you believe that cult horror and gothic noir comic writer Neil Gaiman’s first book was a biography on Duran Duran?

Neil Gaiman was born in 1960 and seemed to have planned his career from an early age, getting work as a journalist, book reviewer and critic, making the connections and building networks that would assist him later to become a published writer. In the early 1980’s he became friendly with legendary comic author Alan Moore, taking on ‘Marvelman‘ when Moore completed his tenure on that series, however the publisher went under and it was never published. Gaiman collaborated on several comic strips and in 1989 shot to fame with the release of the ‘Sandman‘ series.

‘Sandman‘ featured Morpheus – the personification of ‘Dream’,  which ran for 7 years, and was later combined into 11 Graphic Novels. Gaiman has been highly influential in the comic world as well as in popular culture. Singer Tori Amos has mentioned Sandman and Gaiman in several of her songs, a species of alien in television show Babylon 5 was named after him, and several of his stories and comics have been made into film, most notable of late; Stardust starring Robert DeNiro and Michelle Pfeiffer, and Coraline starring Dakota Fanning and Teri Hatcher.

2 thoughts on “Spotlight on: Neil Gaiman”